29-year-old Janina Simmons is the first black female soldier to graduate from Ranger School. The Sergeant 1st Class completed the course on Friday, 26 April, passing on the first try.

“I’m humbled to be here…62 days of training and I made it the first time through,” Simmons told ConnectingVets.This isn’t the first time Simmons has made history. she became the first woman to finish first place in the Fort Jackson qualifier for the Bataan Memorial Death March.

According to the U.S. Army website, Simmons completed the 16-mile march in two hours and 52 minutes while carrying her 25.8 pound rucksack. 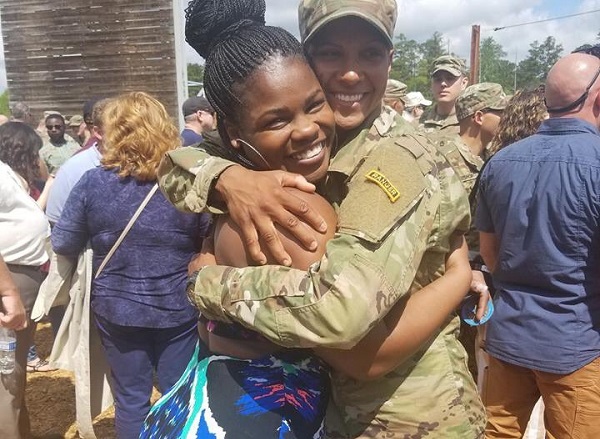 According to ConnectingVets, about 34% of Ranger candidates must repeat at least one phase in the three-phase course. Supportive girlfriendSimmons, who is based in Fort Jackson, South Carolina, took to Facebook to let the world know she did not do this alone. It was her girlfriend that gave her the support she needed to meet this milestone.

‘She stuck with me and was more than supportive,’ Simmons wrote, sharing a picture of her with her girlfriend at graduation. ‘I didn’t do that, WE did that.’ 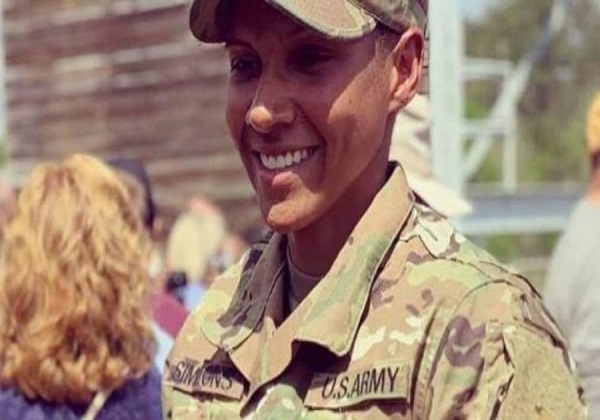 Popular Military reports that Simmons and her girlfriend got engaged at the graduation. However, GSN cannot find any other sources to substantiate this. In the aforementioned Facebook post, Simmons does use an emoji of a diamond ring, which may suggest an engagement.

But what’s next for Janina Simmons? Right now, she doesn’t know. With one of her biggest goals accomplished, she says she needs to “sit down and re-sort her goals.” But, we’re sure she’ll find some other amazing feat to conquer.